LGBTQ Sex Therapist Near Me

LGBTQ Sex Therapist Near Me

Being in a good romantic relationship is typically a significant life goal for most LGBTQ people, much as it is for hetero couples, despite the many barriers same-sex couples often face.

Overall, research finds little discernible difference in relationship satisfaction between same-sex and hetero couples though, even with the growing acceptance of same-sex marriage, same-sex couples may be more prone to relationship problems than hetero couples.

What Are Some of the Unique Problems Same-Sex Couples Can Face?

It is hardly surprising that same-sex couples are often so vulnerable to relationship problems considering the unique challenges they face.

This includes external causes such as blatant discrimination, the stigma that many same-sex couples have to endure, homophobic abuse, as well as frequent lack of support from friends or family.

Certainly the stress that can come from living in a society that is primarily heterosexist is going to lead to problems with stress and anxiety that can often reduce overall quality of life, especially in places without suitable legal protections for same-sex couples often forced to stay closeted for their own safety.

There can also be problems with internalized homophobia, that can result from growing up in homes that teach children to be ashamed of their own sexuality.

Even for adults who have left their toxic upbringing behind, there can still be lingering beliefs which might affect relationship quality and produce the kind of problems that might require counseling.

What Is Sex Therapy?

For couples considering treatment to deal with issues in their sexual relationship, there are typically two options:

While both forms of therapy can be effective, most of the therapy techniques being currently used were initially developed for hetero couples who are typically married.

That means that existing sex therapy programs often have a heterosexist bias that might make them less than suitable for same-sex couples.

Unfortunately, little research on the effectiveness of sex therapy for same-sex couples has been carried out so far though the few studies done to date appear promising.

Why Are People So Reluctant to Seek Out Sex Therapy?

For many same-sex and hetero couples dealing with serious relationshp problems, sex therapy is often seen as a last resort wihch many couples prefer to avoid altogether.

In fact, more than half of all hetero couples report going straight to divorce without any form of couples intervention.

Whether due to feeling uncomfortable with face-to-face couples counseling or concerns about the expense, most hetero couples prefer to turn to other sources such as self-help books or advice received from the Internet (wwhich may not be all that helpful).

While available research suggests that same sex couples face the same barriers to getting help, they also face an additional barrier: fear of dealing with therapists who have a heterosexist bias or who have notraining or experience with same-sex couples.

Though the overwhelming majority of same-sex couples prefer treatment services uniquely designed to meet their needs, finding someone in their area is often difficult and they may be forced to travel long distances to attend treatment as a result.

Which is why more people than ever are turning to online help to receive the help they need in the privacy of their own homes.

The Rise of E-Counseling

While most people are used to the idea of seeing therapists in person, whether at an office or in a clinic, not everyone has the option of finding the right treatment in their area.

This is why e-counseling has become increasingly popular in recent years.

Whether in the form of video chats, texting, or phone conversations, therapists and patients can connect without the hassle of commuting, something that can be especially important for people in rural areas or who have health issues that keep them from leaving their home.

Though controversial at first, e-counseling can be extremely effective for many mental health issues, and patients often prefer it to face-to-face counseling due to the comfort and convenience it offers.

Due to the recent pandemic, family doctors have increasingly switched to video chats to see their patients, something that has helped overcome much of the resistance people have to setting therapists this way.

As for couples counseling delivered online, consumer survey research shows that over 60 percent of same-sex couples surveyed report that they are open to attending e-counseling sessions if it was specifically tailored to meeting their needs.

This is why same-sex couples should consider Pride Counseling for help with their relationship.

Developed as a comprehensive referral sources for LGBTQ-positive treatment, Pride Counseling’s roster of trained therapists can deliver treatment right into your own home, whether you want it.

Every therapist on the Pride Counseling roster has years of training and experience dealing with same-sex clients, whether individually or as couples. And state-of-the-art security ensures that anyone said during counseling is completely confidential.

Just click on the link at the top of this page to get start. Once you and your partner answer some confidential questions about medical history, preferred pronouns, and contact information, the rest is up to us.

The treating therapist will contact you directly and work out the details concerning how you and your partner would like the therapy to be conducted, i.e., by video, phone, or text.

Cost of treatment can be negotiated during the first session and is usually covered by most private health plans. Billing is through Pride Counseling once every four weeks, any you are free to cancel at any time.

So contact Pride Counseling today and get started toward a healthier and more satisfying relationship between you and your partner. 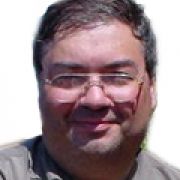 I am a psychologist in private practice in Toronto and Hamilton.

Therapists that Understand You!

Find a therapist that fully understands ALL of you. Speaking with someone who has a similar cultural background and view on the world can be very comforting.

Find a Therapist that get YOU!

At NLPAconference.org we are a group of passionate wellness professionals working hard to increase the number of minorities that seek mental health.

Therapists that Understand You!

Find a therapist that fully understands ALL of you. Speaking with someone who has a similar cultural background and view on the world can be very comforting.

Find a Therapist that get YOU!